We reached the polyhalite seam over 1,000m under the Earth’s surface in 2010 and have been mining it ever since, becoming the world’s first and only polyhalite mine. As a fertilizer, polyhalite, marketed as Polysulphate™, enhances plant growth and strength, increases yields and improves product quality.

There are many reasons to love polyhalite. Here’s seven important facts and functions to give an overview of our exciting new product.

Unlike blended or compound fertilizer, polyhalite is available in its natural state. There are no chemical separation or other industrial processes involved meaning it’s a safe, environmentally friendly product that satisfies the world’s growing need for sustainability in farming. All we do to polyhalite is mine, crush, screen and bag it, ready for the market as Polysulphate. Because polyhalite has a low carbon footprint, growers can achieve their carbon targets demanded by retailers and some food processors, whilst still seeing high yields and strong crop quality.

Polyhalite is high in sulphate, so it’s a perfect new addition to the world of agriculture, with sulphur deficiency now being widespread. Sulphate is now established as a huge fertilizer requirement for arable crops and grassland, but sulphate applications to all crops remain low. It is possible that low application numbers are caused by a lack of a cost-effective, easily spread sulphate fertilizer.

Polyhalite is not only high in sulphate, thus offering a new cost-effective sulphate fertilizer to the market, but it also holds the added bonus of valuable levels of potassium (K2O), magnesium (MgO) and calcium (CaO). This makes our Polysulphate product a well-rounded, multi-nutrient fertilizer.

3. It’s proven to be effective

As the first producers and sellers of polyhalite, marketed as Polysulphate, ICL has conducted extensive experiments around the world. All of these experiments – held in UK, France, Germany, Italy, Israel, India, China, Vietnam, Brazil and the USA – concur that Polysulphate is a fantastic source of sulphur for crops. Uptake of Polysulphate nutrients by crops was found to be as good as, if not better than, the standard already used in the field. The results confirm Polysulphate’s effectiveness as a multi-nutrient fertilizer. 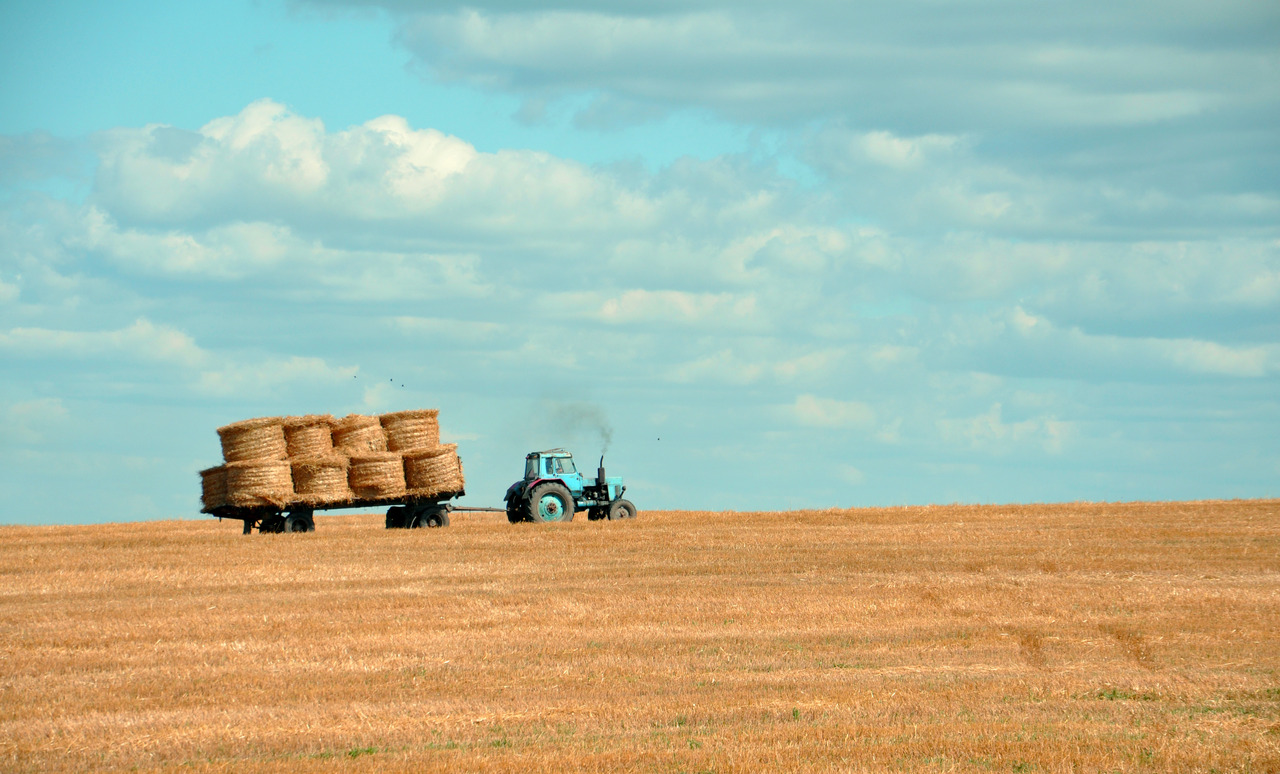 4. It’s a stamp of geological history

Polyhalite was formed during the evaporation of prehistoric seas in the Permian period. Around 260 million years ago, Boulby Mine (the world’s only polyhalite mine) sat on the edge of the Zechstein Sea. The hot and dry conditions of the environment meant the sea evaporated quicker than it could be re-filled, leaving behind polyhalite, halite and potash minerals.

This phenomenon happened around about the same time as the Earth’s greatest extinction event known, with up to 96% of all marine species and 70% of terrestrial land species becoming extinct. 260 million years later, in the 21st century, we mine these minerals that were deposited back then. Travelling to the polyhalite layer of rock over 1,000 metres below the North Sea is like travelling backwards through geological history. 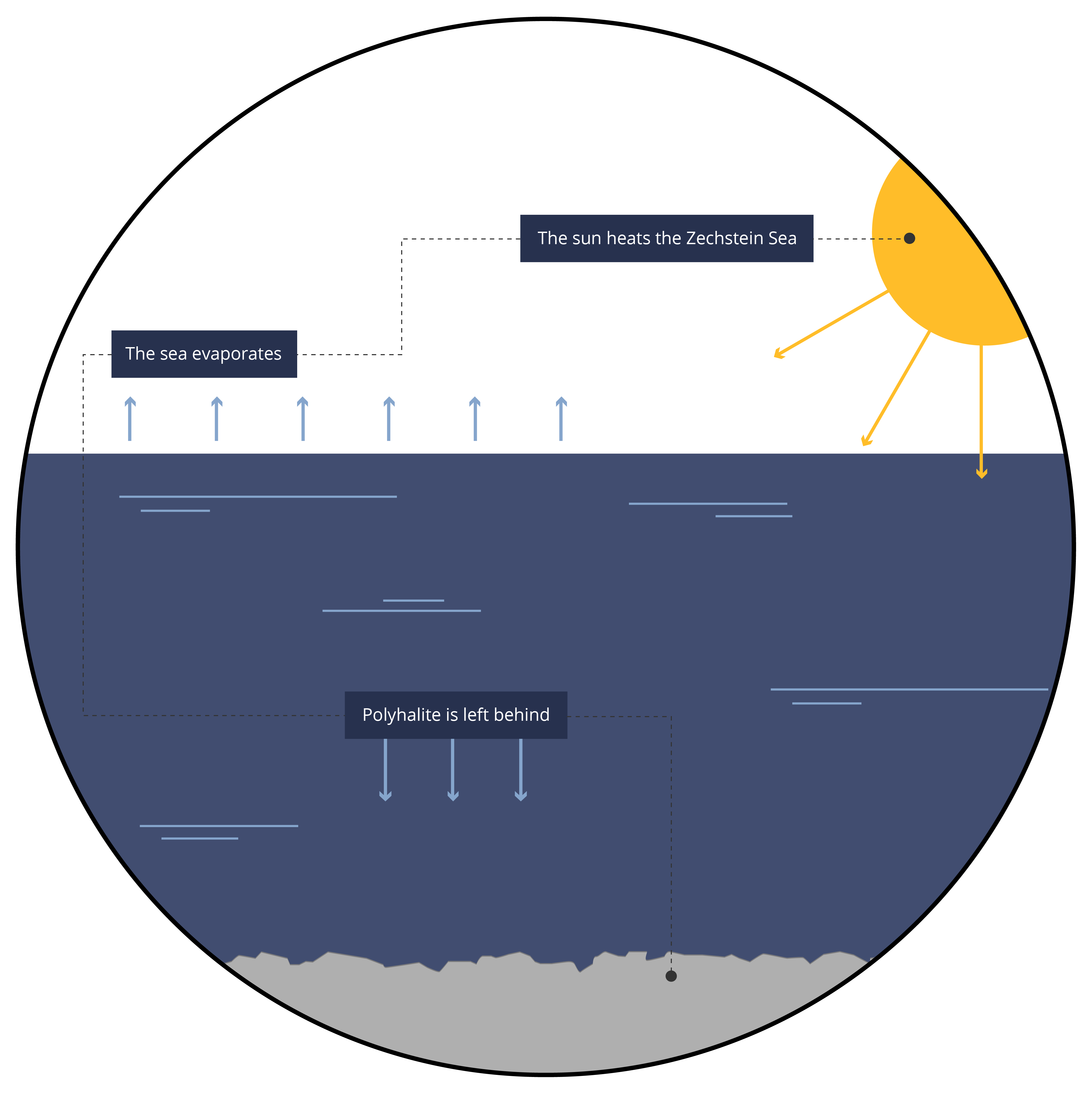 Polyhalite is available in its natural form. Preparing it for the market as Polysulphate involves no chemical separation or other industrial processes, meaning it is a low carbon footprint fertilizer – it’s natural, organic and sustainable. Polysulphate has been approved by many global bodies for organic use. 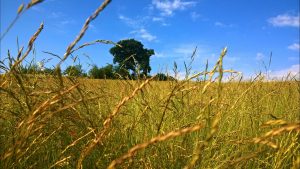 6. It has fantastic spreading characteristics

Polysulphate consistently spreads to 36m with a low Coefficient of Variation (CV). It has been tested for spreading performance with CEMIB® in Clermont-Ferrand IRSTEA Center, France. Trials carried out in France, Germany and Denmark all confirmed an excellent overlapped spread pattern of granular Polysulphate at a 32m bout width, with a variation coefficient of 4.3, and good spreadability up to 36m. 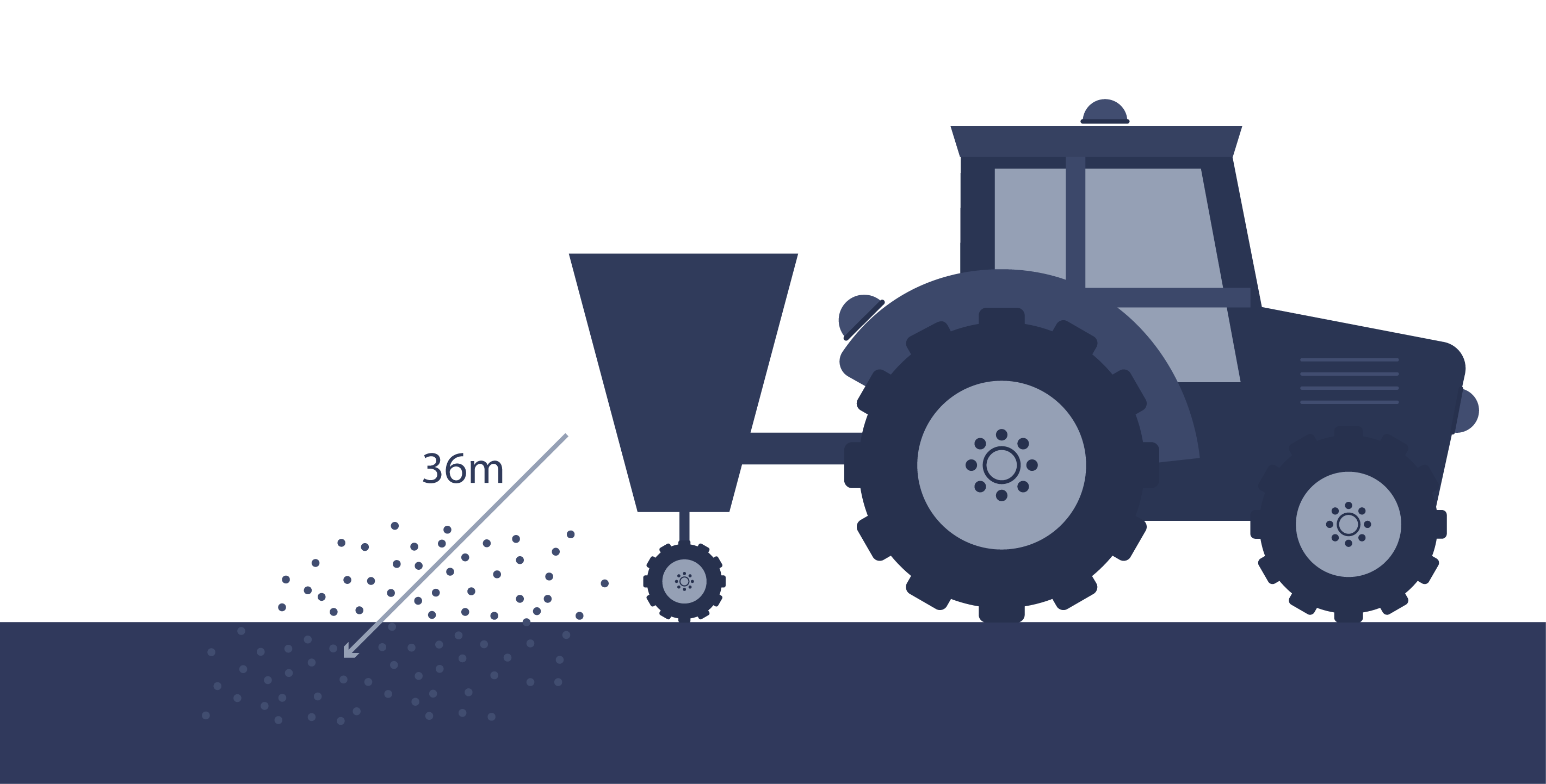 Polyhalite has low content of the crop nutrient chloride, making it an ideal choice for use on crops sensitive to chloride, including many fruit crops, berries, vegetables, field crops (potato and tobacco), flowers and coffee. 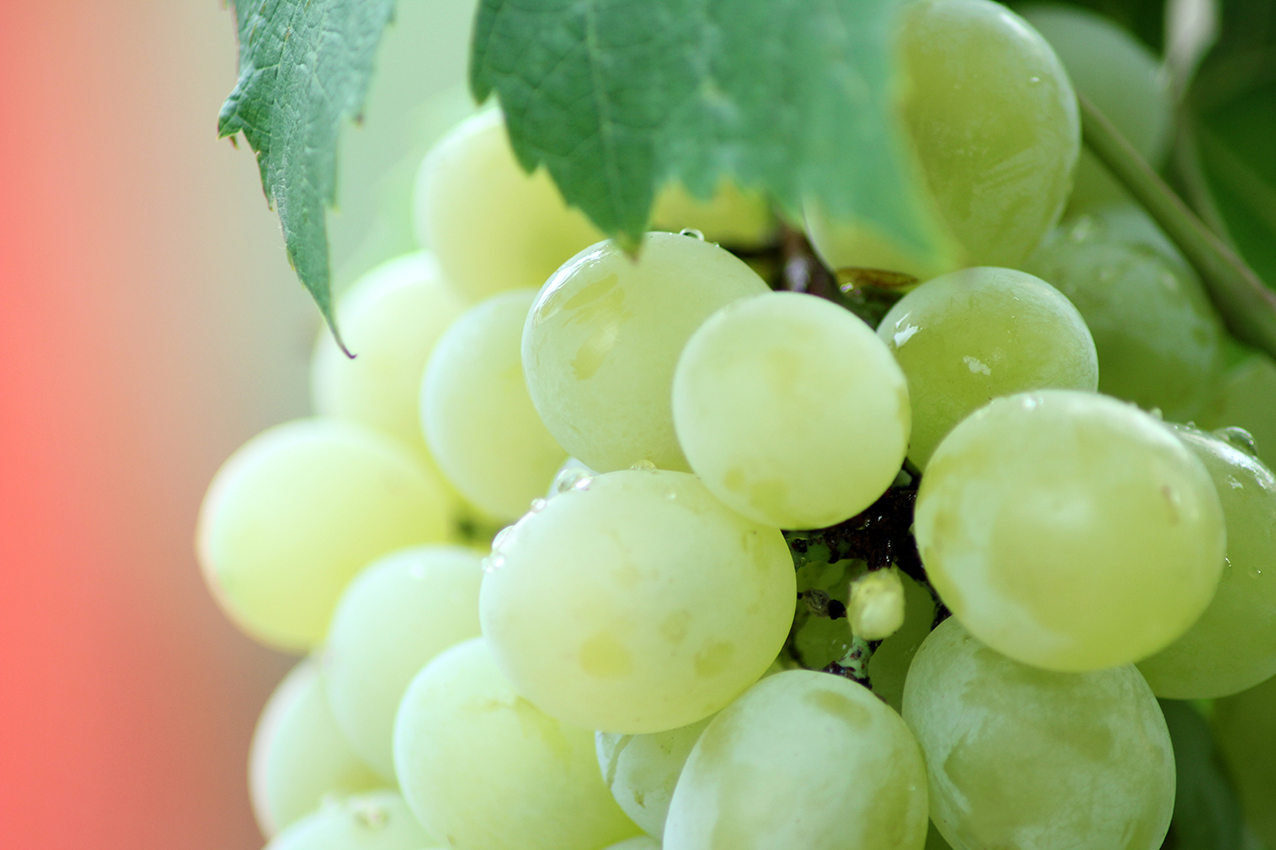