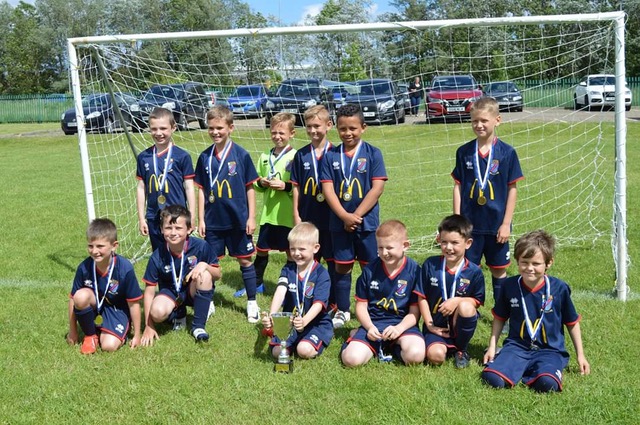 Skelton United Under 9s are preparing for the start of the new season next month – and they’re aiming for a repeat of last season’s triumphs.

In the first year the team had come together they won three trophies and finished third in the league. Already this pre-season they have picked up two trophies and are raring to get started in competitive fixtures.

Before then they aim to boost their coffers to defray the expense of running the club which is aimed at providing properly supervised football to all children in the Skelton, East Cleveland area.

To that end a fundraising race night has been organised. One of the main events of the evening will be an ‘auction of promise’. Among the prizes on offer is a tour of the ICL Boulby mine and a visit to the Dark Matter lab for five people.

You will be given safety instructions before being escorted 1,400 metres down the second deepest mine in Europe to see for yourself the labyrinth of tunnels and workings deep underground. You’ll then have the chance to witness the experiments underway in the search for Dark Matter which has never been discovered but is thought to comprise some 85% of the matter in the universe.