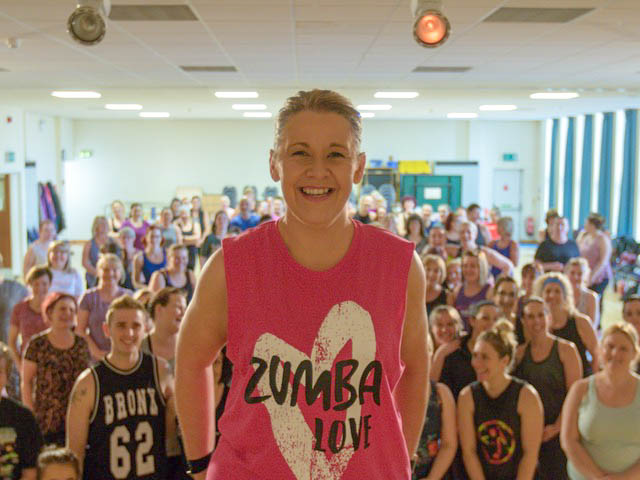 Karen Winspear and the crowd getting ready

Does fundraising get any better? Dance to great music, burn off calories and raise money for a worthwhile charity – all at once?

At the weekend (Saturday 16th March) Skelton Civic Hall in east Cleveland was the scene for a Zumbathon, a marathon version of the popular dancercise. It had been organised by Karen Winspear, a local fitness instructor to raise funds for a project that would be the first in the North East:

“I am in the process of settIng up a purpose built unit called the ‘Senses Wellbeing Centre’ and I need help,” said Karen.

This would be created from a former joinery business on Skelton Industrial Estate. It will have a sensory space and two studios for fitness and wellness sessions hosting SEN adult raves, SEN children’s discos as well as inclusive family fitness sessions. It will be the only venue in the North East to offer sensory sessions for service users and parent/sibling exercise classes to run side by side enabling whole families to take part in a wellbeing experience. It would also be used for seated chair and dementia friendly classes. 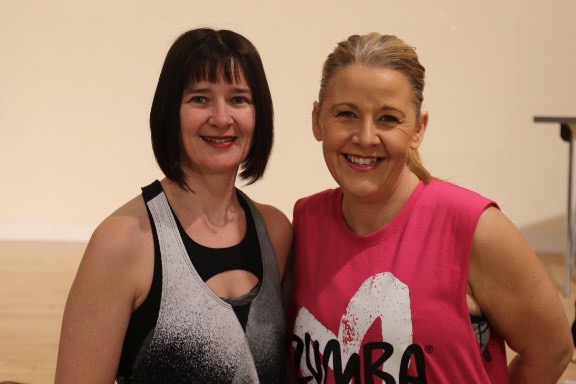 “Change of use has been granted as well as fire and building regulations,” added Karen. “But this facility must be accessible and affordable for everyone in our area and that demands specialist equipment. It’s even more important to realise that Skelton, Brotton and the surrounding villages lack a leisure centre and there are very few gyms. Certainly none offering the wide variety of sessions for every age, every size and every ability.”

More than a hundred people turned up to this first fundraiser to take part or just watch as, for two hours, big-hearted supporters gyrated and busted out their moves. Among them was Kelly Sherwood a local resident who works at ICL Boulby, which sponsored her efforts:

“I’ve been going to Karen’s classes for eight years now and she has done so much for the community,” she said. “She has a massive heart and does so much to help us all it’s a small way of giving something back.”

This is the first of three fundraising events for the project. A ‘Bonkers Disco Bingo’ will be held at Carlin How club in May with a sponsored walk to follow in June. So there is still a chance to get involved and help out. Contact Karen Winspear via [email protected]