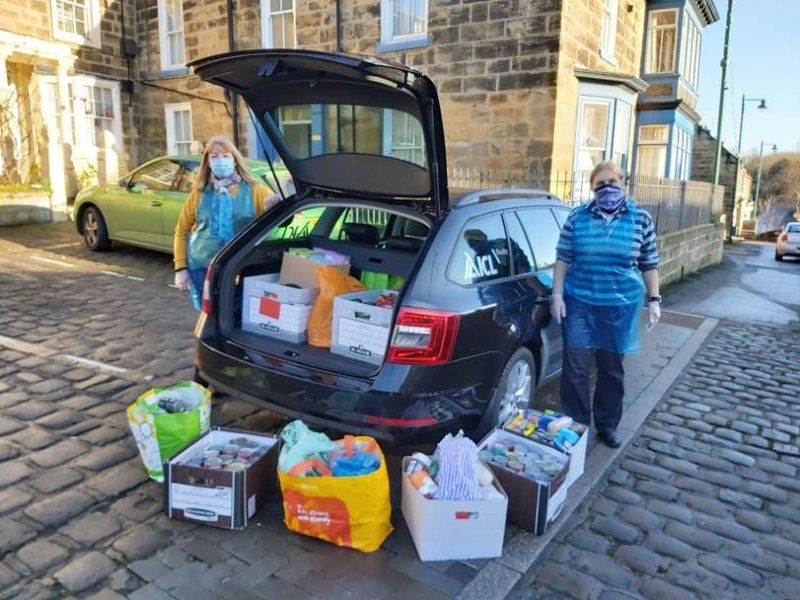 As Christmas looms ever nearer during this exceptionally difficult year the generosity of local people is more valuable – and more valued – than ever.

Two community groups, East Cleveland Good Neighbours (ECGN) and Whale Hill Community Centre (WHCC) Food Bank, have been busier than ever, but they have just been boosted by a delivery of food and cash following a charity drive at the ICL UK run Boulby mine and Teesdock facility in Redcar and Cleveland

Back in October a ‘bring a tin’ campaign was launched. Three blue wheely bins were placed in various spots on the Mine site with another at the Teesdock terminal.

Workers were invited to ‘bring a tin’ and drop it in the bin. As a result, 750 items were collected.  Senior management at the mine agreed to cash match each item meaning that, in addition to the food, the two community endeavours will get some £375 each.

Olwyn Peters, former Mayor of Redcar and Cleveland council and employee with ICL UK Sales and Marketing, has worked with the Whale Hill centre for 37 years and has been chair now for 17. She said:

“We have helped feed hundreds of families since the Covid outbreak began. On top of that we have collected prescriptions and made regular contact to make sure everyone is alright. We think we are providing a lifeline to the community, and this extra food and financial donation will be a big help” she added.

ICL UK Vice President and Boulby General Manager Andrew Fulton said: “We are very proud of our long-standing links to a host of community endeavours across East Cleveland. We can only hope that this small gesture goes some way towards bringing some Christmas cheer to those in need.”

ECGN was started by a team of East Cleveland residents back in March to support people in the community during the newly emerging COVID pandemic. As the need grew so did the operation. A small team of volunteers covering a few villages turned into an army of 160 covering all the villages of East Cleveland.  Since the crisis started in march the group has received over 1200 phone requests for help.