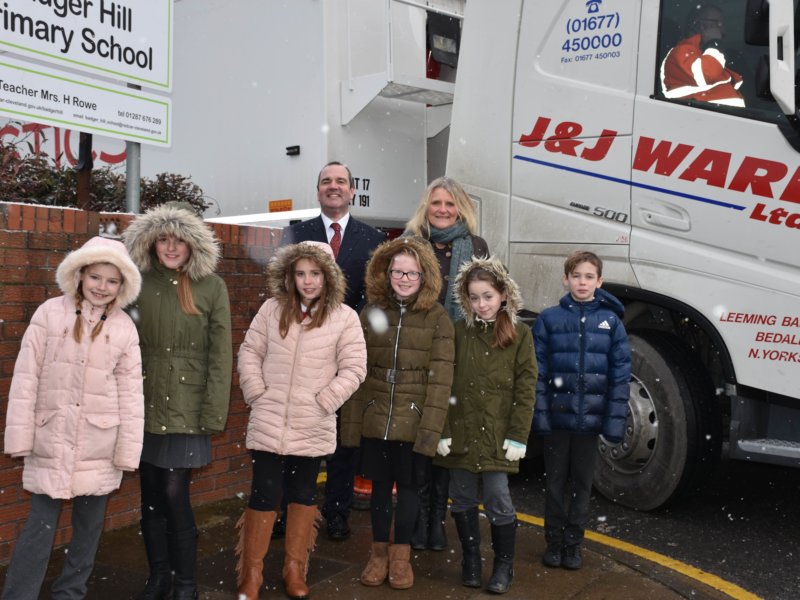 Unloading the salt under the watchful eye of some pupils, head teacher Heather Rowe and Mark Thompson, Boulby Salt Sales and Distribution.

Supplies of road salt have been arriving at east Cleveland schools as the cold snap returned to the region with a vengeance.

With warnings that this week will see some of the coldest weather of the winter Cleveland Potash, which is one of the UK’s leading suppliers of road salt, is providing a helping hand to local communities. 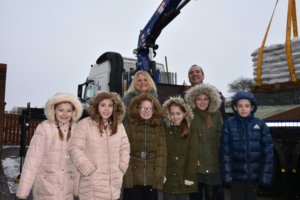 Today (Tuesday 6th February) a lorry load of salt arrived at Badger Hill Academy in Brotton. It was the first in a planned distribution of up to 90 tonnes of salt produced from its Boulby Mine, to help keep local roads and footpaths safe and clear of ice.

Head teacher Heather Rowe, said: “We’re really grateful for this delivery, it’ll be a big help. Our school is on three levels, which can make getting around a bit tricky in bad weather. Especially as our pupils range from unsteady toddlers of three up to eleven-year-olds.”

Says Mark Thompson, Salt Sales and Distribution Manager with Cleveland Potash: “Each year in winter, around two million tonnes of rock salt are spread onto the roads of Britain and a great deal of it is mined at Boulby. 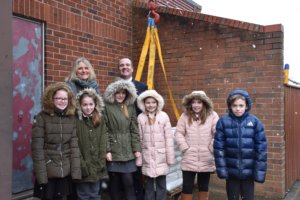 “After we have made sure that we have met the needs of the schools in the area we will look to see if there are other community groups who could use a helping hand. As a company we have strong connections with the local community and this is an opportunity for us to be good neighbours.”