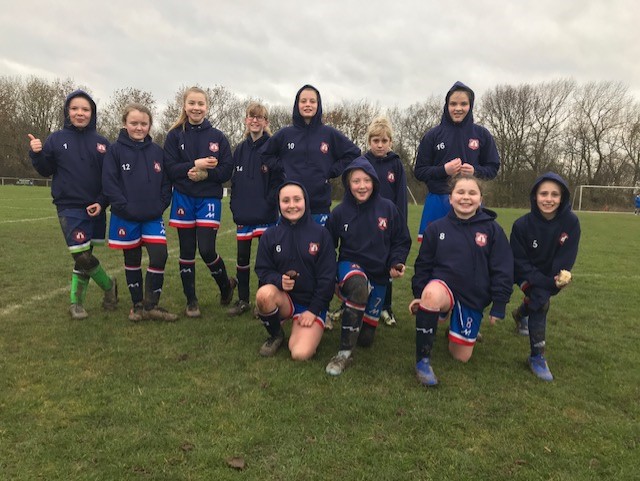 The cold snap has brought back the winter shivers but it isn’t affecting the Guisborough Ladies Football team in East Cleveland.

After finishing second in the North Riding Women’s Football League (NRWFL) at the end of the 2015/16 season, Guisborough Ladies were promoted to the North East Regional Women’s League (NERWL) North. They struggled for two seasons before returning to the NRWFL at the start of 2018/19 proving their dominance here by consistently topping the league.

Earlier this month they went through to the next round of the North Riding League Cup when their opponents were unable to fulfil the fixture. Prior to that, in the league, they won 7-1 away to Ripon to leave them top of the table.

The club runs six other teams as well as the Ladies – under 10s, 12s, 14s and 16s — and train at Laurence Jackson school in Guisborough. Their training sessions are now being supported by a donation of cold weather hooded training tops from local employer ICL Boulby. The money to buy the tops came from the companies’ Community Grants fund. Becky Thomas from the club said: “The tops have been great for us as it means we can maintain our training programme even as the cold winter weather sets in.”

Andrew Fulton vice president of ICL Boulby said: We have a pot of money set aside every year to help worthy causes like this and we’re proud of being part of the community not apart from it. We’re delighted to see Guisborough Ladies doing so well,” he added.

The club is still looking for sponsors for their home matches. In return the company name and logo features in the match report which goes out to over 2,000 people. More details at [email protected]