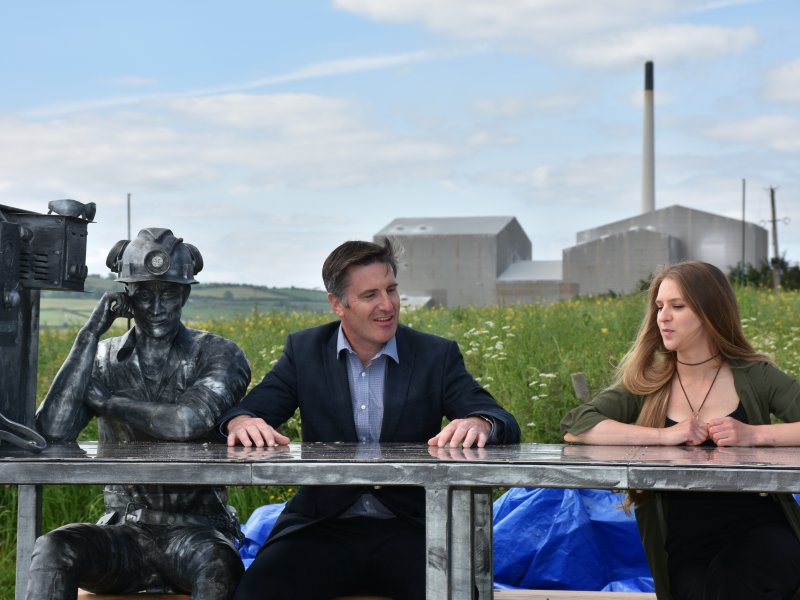 At the bait table…Boulby General Manager Andrew Fulton, together with artist Katie Ventress sit alongside the miner’s statue which forms a major element of the sculpture.

An impressive sculpture marking the 50th anniversary of the Boulby Mine in East Cleveland has been unveiled today.

Designed by local artist Katie Ventress and constructed at her Hinderwell studio close to the mine, the sculpture includes a statue of a miner carrying the type of equipment used in the early days of mining at Boulby. The miner sits at a replica’ bait table’ made of laser-cut stainless steel with a map of the mine to help visualise the site and there is also seating alongside the statue.

The sculpture to mark 50 years since mining began at Boulby—as well as the third anniversary of its transition to become the world’s first and only producer of the unique multi-nutrient polyhalite—is sited opposite the mine on the Cleveland Way National Trail. 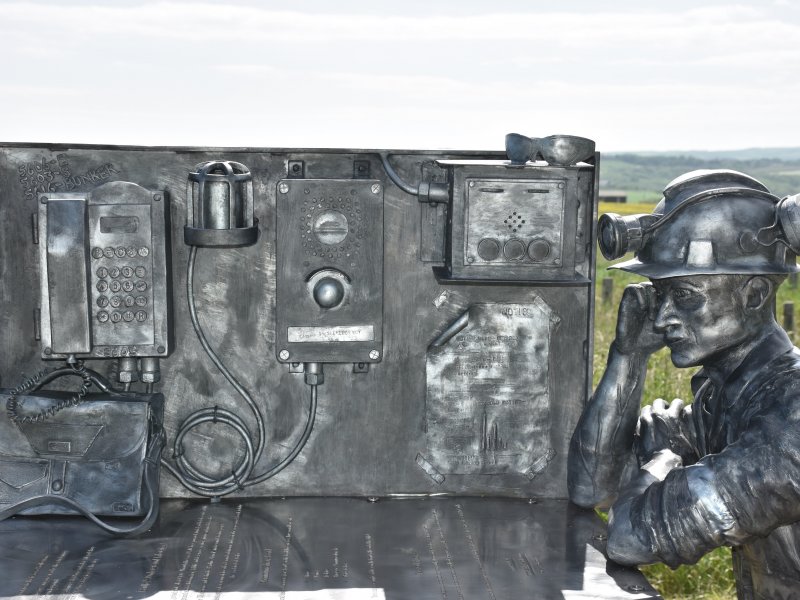 Speaking at today’s unveiling, ICL Boulby General Manager and Vice President Andrew Fulton described the sculpture as ‘a gift to our community—a permanent reminder and celebration of the thousands of workers who have played their part in ensuring that we have been able to meet the many challenges over the decades…and a demonstration of our commitment to continue building for the future.’

He added “Today we also mark the third year since we ended potash production and became the world’s first and only ‘Pure Polyhalite’ mine –a position we continue to hold today to the enormous pride of everyone involved with the business.

“I want to express my gratitude for the way in which every member of our workforce has risen to the task which has enabled us to maintain significant production levels throughout all the difficulties of the pandemic and has put us a strong position to move forward to ‘build back better’ towards a bright future for all who work here—and for our whole local community.

“We do see our role at the centre of the community as vitally important which is why I am delighted to mark the commissioning of this superb sculpture as a positive expression of the support we have received over the past 50 years and our determination to continue being at the heart of East Cleveland for many years to come.”