Foxwood Project Lays Out Paths For All To Get Involved

There is now a better chance for all members of the community in the east Cleveland town of Loftus to get involved in a local charity that seeks to help people get outside and improve their health and well-being.

Earlier this year they staged a week long ‘Dig It’ project which encouraged locals to plant and harvest their own crop to feel the beneficial effects of gardening – as well as providing them with a cheap source of nutritious food.

Organiser Wren Finlay was pleased with the response but admitted more needed to be done: “The main problem was the hilly site. People with reduced mobility were unable to take part and we really wanted to tackle that problem.”

And they are. Volunteers are now installing thirty metres of pathways, including a wheelchair ramp around the accessible raised beds. “Now, loads more people can get involved,” said Wren. “We’re going to do another thirty to forty metres next year.”

In the meantime, the environment-aware charity is looking to make further improvements. “We are currently testing out some geotextiles,” she explained. “It’s more eco-friendly as it allows the paths to be covered by grass and clover whilst remaining stable and not too slippery. To make sure we are testing it out to see if it’s a feasible option for what we call the snake path.” This twists and turns down a fairly steep slope to make it easier for people to use. When complete the paths will enable anybody to either take part in the projects the charity stages or just come for a look at the site and admire the mini-wildflower meadow which was seeded earlier this year. It’s now a far cry from what it used to look like.

“Most of this work has been carried out thanks to the financial backing of ICL Boulby,” said Wren. “We are very grateful for their continued support.” 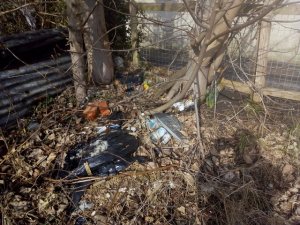 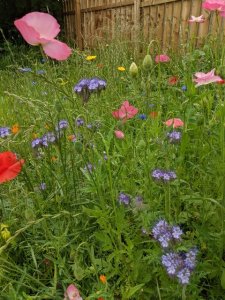