FUNDRAISING FANATICS…TWO DOWN – ONE TO GO….

The World's Only Polyhalite Mine | ICL Boulby > FUNDRAISING FANATICS…TWO DOWN – ONE TO GO…. 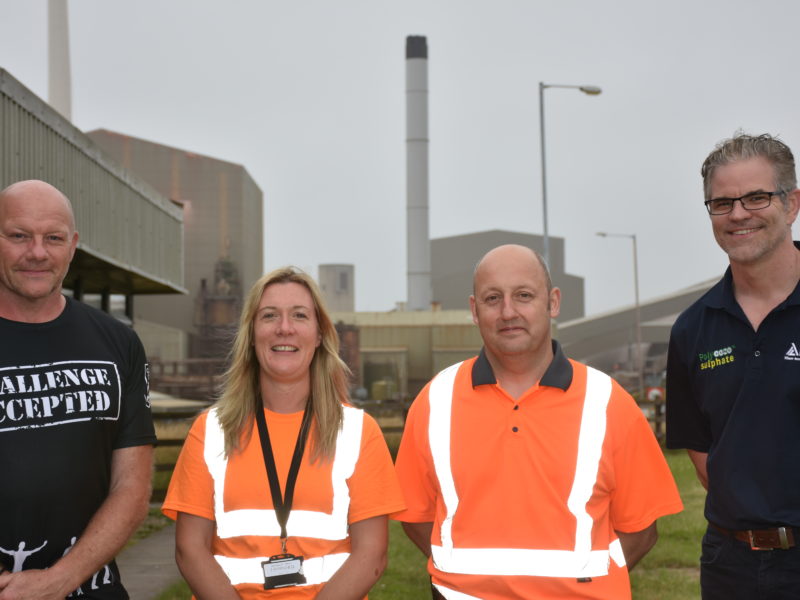 It is always a pleasure to be able to report on some of the weird and wonderful things members of our staff undertake to raise funds for people less fortunate than themselves. We are always pleased to make a small contribution towards their fundraising efforts. But is not about us – it is all about them.  Step forward — 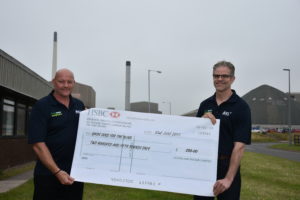 Ian has a friend called Julie Armitage, known to most as Jules who lives in West Yorkshire. Two years ago she lost her sight. Since then she has been helped to cope by the assistance of her guide dog Tess. So it came as little surprise that Ian, Jules, her husband Paul and four mates decided to walk the 21 miles from Scarborough to Whitby to raise funds for the Guide Dogs for the Blind charity. In fact they raised so much money, over £2,500, which gave them the right to give the animal a name of their choosing. Ronnie, named after Paul’s father, in case you were wondering. 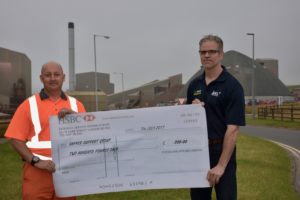 Those of you who work with Martin probably know that he spent eight years as a sapper in the Royal Engineers. During that time he became aware that many comrades were suffering with Post Traumatic Stress Disorder (PTSD) as a result of the things they had witnessed while on active service. So Martin decided he wanted to help when he heard his mate Tim was launching a charity called Sapper Support. The idea was to raise funds for a memorial at the national arboretum in Staffordshire to honour all those who have died whilst suffering PTSD. Not being one to do things by half he and a friend cycled from Morecombe on the Lancashire coast to Redcar – a distance of more than 100 miles. A gruelling challenge only made a little more bearable by the Pacitto’s lemon top they devoured at the end of the journey.  With the donation from ICL UK Martin has now raised over £800.

Finally, last – but by no means least – 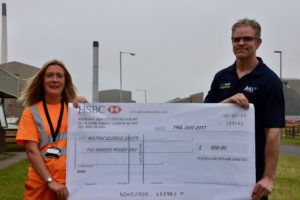 In October Zoe has set herself the challenge of walking some 80 kilometres of the Great Wall of China. The entire wall, including all it’s branches stretches over 13,000 miles, so that might be asking a bit too much even for somebody of Zoe’s determination and commitment. She has set herself the target of raising £3,000 for the Multiple Sclerosis Society, a charity she has chosen out of personal interest. We will let you know how she gets on, but in the meantime you can help Zoe reach her target by supporting her at https://www.justgiving.com/fundraising/zoe-cooper1314