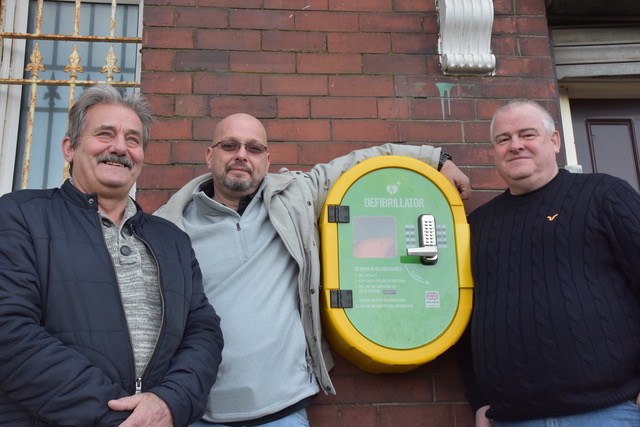 A campaign to introduce defibrillators in as many public places as possible has been given a cash boost by ICL Boulby. The Public Access Defibrillators (P.A.D.) Foundation wants to site the potentially lifesaving equipment around the UK.

An application for £1,500 has been approved and has led to the kit being installed in Carlin How club.

The bid was strongly supported by Gordon Hogg, Production Electrical Superintendent at the Boulby. He was in the coastguard for more than twelve years and has also trained in first aid at the Boulby mine so he has plenty of experience of what needs to be done when things go wrong: “I started following the Foundation on Facebook and wanted to get involved,” he said. 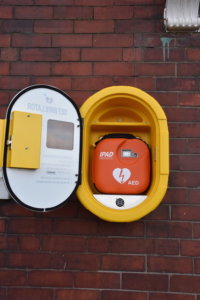 The new defibrillator at Carlin How social club.

“Already two of the units that have been fitted previously have been brought into action, in one case saving the life of a casualty. On the other occasion the unit was accessed and was on stand-by for use with a suspected heart attack.”

Carl Padgett, chair of P.A.D. locally pointed out that current day pressures on the emergency services has left them under-resourced as they struggle to attend call outs:

“This means that having equipment like this on as many streets in as many towns as possible can only help save lives,” he added. “And what we have found so far is that once the equipment is installed the local community takes ownership of it and looks after it. So far we have had no real incidents of vandalism or attempted theft, for which we, and the people at risk of heart events, are very grateful.”