How ICL is creating Recycling Champions

Whilst every day is Recycling Day for us here at ICL Boulby, on March 18th it is Global Recycling Day and we would like to encourage everyone to recognise and celebrate the importance of recycling to protecting our planet’s future.

The aim of the day is to help world leaders recognise that recycling is global concern and help everyone to be as inventive as possible to minimise waste that they generate in their everyday lives.

The “recycling fraternity” are individuals who work hard every day to collect as much rubbish as they can and recycle it wherever possible. ICL, during our Environmental, Social and Governance (ESG) Week, ran an upcycling competition. From the many entrants, we recognised three of our colleagues who demonstrated fantastic recycling skills.

Andy Conn, a Technical Assistant who has worked for ICL since 2008, won first place by using recycled wood that he found along the shoreline to renovate his garden. The sea-soaked wood that was originally from Saltburn Pier and was lost to the sea during severe storms in the 1970s was gathered and used to turn into some lovely additions to his garden. 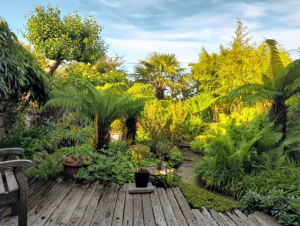 Lee Blenkinsopp, one of our underground miners that has worked for ICL for 13 years, opted to recycle this lamp, which was originally used on a Heliminer mining machine. He obtained permission to take this home where he undertook an upcycling project to create a lamp for his bar. 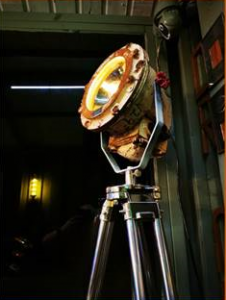 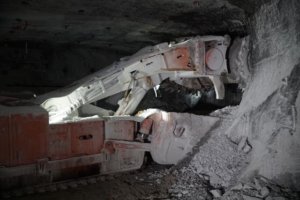 Louise Yeoman, Deputy Facilities Operations Manager for Boulby Underground Laboratory, who originally started as an apprentice Mechanical Fitter for TTE, and was the first woman underground back in 2001, took third place for recycling her old hard hat and turning it into a hanging basket. Whist this appears to be a straightforward idea, it means that this old hard hat can be the home for many plants for many years to come. 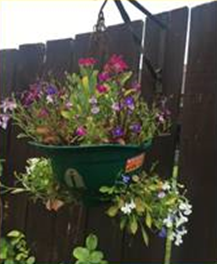 All three won a solar phone charger for demonstrating their innovative ideas to contribute towards a greener future.