Today is International Day of Forests, which was established in 2012 to commemorate and promote awareness about the value of all types of forests, and we would like to share information with you on our ecosystems; the various areas of woodland surrounding the mine that range from young plantations through to ancient woods, as well as some of the biodiversity it supports.

We work closely with Industry Nature Conservation Association (INCA), who are our Environmental Consultants that have assisted us in carrying out surveys of our woodlands since 2006. In that time, we have worked with the company to install bat and bird boxes in the wood and set out camera traps to capture pictures of the vast woodland wildlife.

While many woods have lost their Elm trees, Mine’s Wood has retained a good number of them so it can support species that depend on Elm such as Blomer’s Rivulet moth and White letter Hairstreak butterfly, which are now quite rare species in the region. The diversity of plant species in the woodlands is reflected in the overall diversity of insects, with well over 200 species of moth having been recorded, some of them rare at a regional scale. Further up the food chain there are at least five different species of bats, including the Long-eared Bat, which is a woodland specialist. 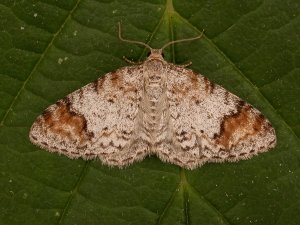 Mine’s Wood also has a strong population of Slow Worms, a type of legless lizard. A survey in 2018 found a total of over 50 of them, spread across the woodland. Although not rare nationally, in the Tees Valley Slow Worms are only found in East Cleveland.

Perhaps the jewel in the crown is Newton Gill Wood, which is North of the railway line. It could easily be overlooked given its small size but it is jam packed with a wide variety of spring flowers such as bluebells, ramsons and early purple orchid, all of which indicate that this is ancient woodland that has likely been here for several hundred years. 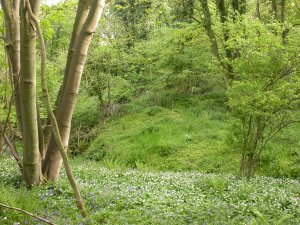