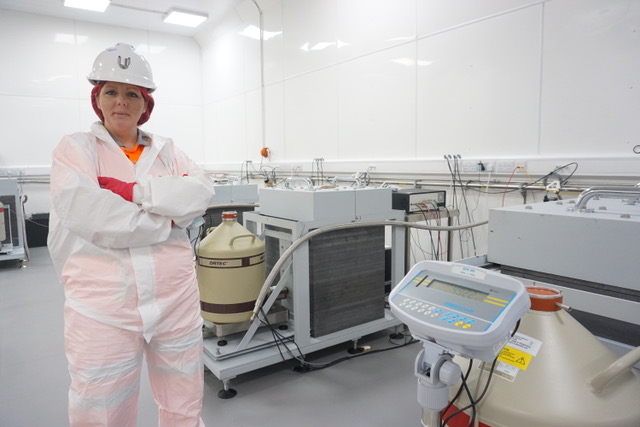 A member of the science research team at Boulby Underground Laboratory has won a prestigious award at a ceremony at the Royal Lancaster Hotel in London. Emma Meehan has walked away with first prize in the Industry and Labs section at this year’s Institute of Physics (IOP) National Technicians ceremony.

The 39-year-old from Lingdale is the Senior Science Technician at the research unit. She is understandably delighted: “It was such a wonderful thing when I opened the email to find out I had won,” she said. “It’s wonderful for technicians to be recognised for the work they do – we are an essential part of the science machine.”

Her boss at the lab is Dr Paul Scovell, facility manager and senior scientist. He said: “We are incredibly proud that Emma is getting this national award. It is very well deserved. She does brilliant work here managing our ‘BUGS’ low background material screening facility as well as many other tasks – and she’s liked and respected by all.”

Emma joined the lab team in 2009. Initially her role was to clean, organise and provide support to scientists in the lab which operates 1.1km below ground in the Boulby mine and hosts various science studies from astrophysics (the search for Dark Matter) to studies of geology, the environment, life in extreme environs on Earth and beyond.

Emma’s ability and inquisitiveness soon led to her being given additional responsibilities and, from 2010 to 2012, she played a valued role in operating the ZEPLIN-III dark matter detector, then one of the most important projects of its kind in the world.

It’s quite a success story for somebody who started out wanting to work with horses: “It’s true,” Emma admitted. “I qualified as a British Horse Society riding instructor. But a local outbreak of an equine disease hit my business hard. Then I took a call for my mother asking if she would be interested in applying for a forthcoming job at Boulby. She wasn’t, but I was…and here I am.”

After receiving her award (Tuesday 19th) Emma declared herself to be delighted because she had been looking forward to a night in a posh frock with free wine: “The award ceremony was absolutely out of this world. There were so many amazing people there receiving awards for their incredible work. I felt very humbled and honoured to be included in it.” 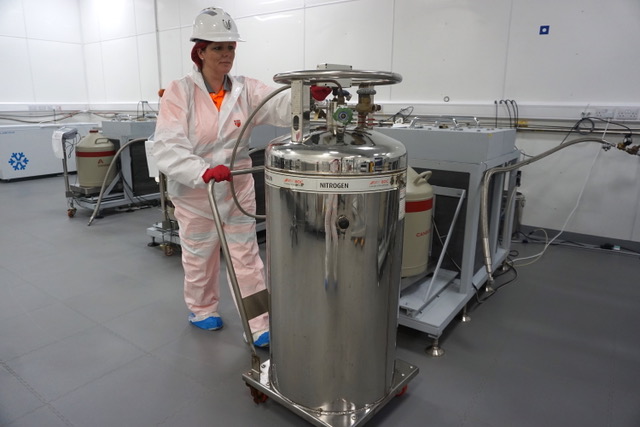