Around five hundred fans of our railway system and industrial heritage were in the region at the weekend (Saturday 23rd July.) 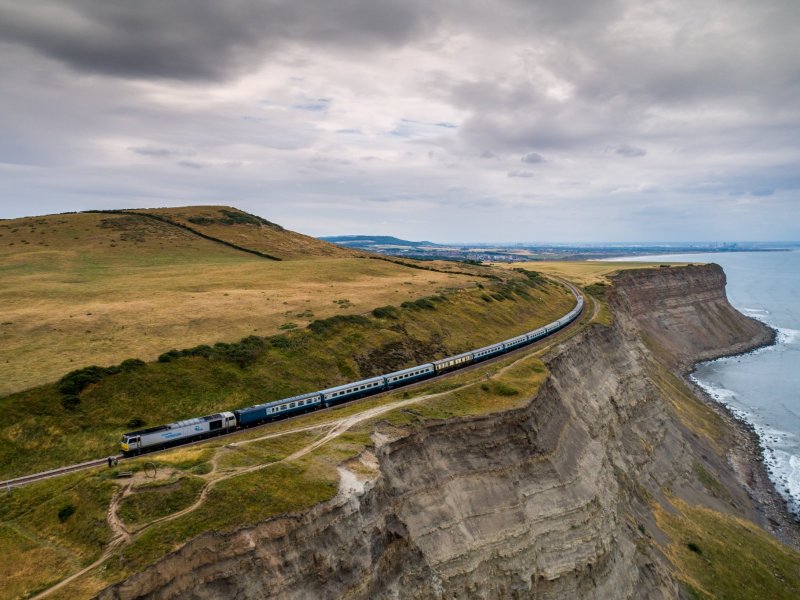 The train at Warsett Hill between Saltburn and Boulby. Credit Stephen Morris.

UK Railtours organised the excursion which saw DB Cargo run a train of thirteen coaches with a Class 50 locomotive at each end. The charter left King’s Cross heading for the North East where it ran along the historic route from Darlington to Stockton. A short stop at Marske enabled a few ICL employees to get on board before following the Boulby branch line along the coastline and into the sidings at the mine.

Among them was Katie Robinson, Boulby External Affairs Co-ordinator. “It was a fantastic experience,” she said. “There was a lot of genuine interest from the passengers who were keen to find out more about the linkup between the mine and the rail network which is crucial to our operations.” 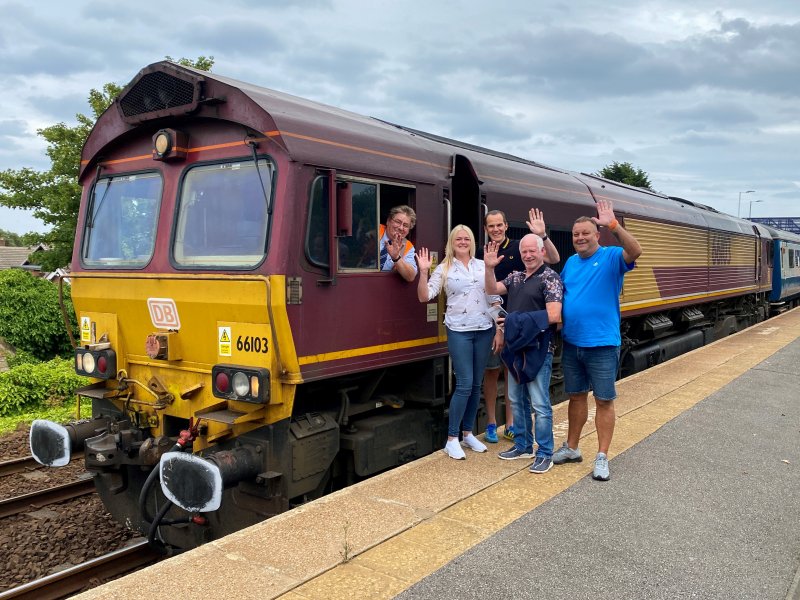 As the crew changed ends the passengers could study the interface whereby polyhalite is loaded onto rail wagons to be taken to the ICL Boulby terminal at Teesdock. Last year the facility handled 171 ships, despatching over 820,000 tonnes by sea to destinations including Brazil, the USA, China and India.

“UK Railtours are incredibly grateful to ICL Group for allowing access to the ICL Boulby Mine branch for our ‘Fighting Cocks Flyer’ tour last Saturday,” said Liz Morris, Managing Director of UK Railtours. “Feedback from our passengers regarding this rare opportunity has been universally positive. With the support of our customers on the day via our charity raffle, UK Railtours are pleased to be donating £1,000 to the Great North Air Ambulance Service and £1,000 to Martin House Children’s Hospice, the chosen charities of ICL and Network Rail, she added.