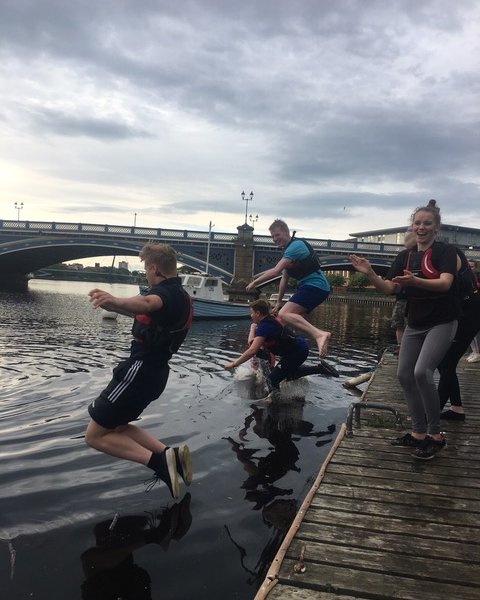 Cadets prepare for a life at sea…

Youngsters in the Guisborough and East Cleveland Sea Cadets are getting a taste of life in the military.

This month twenty-four sea and marine cadets headed off to HMS Raleigh in Torpoint, Cornwall, a shore base used by the Royal Navy for basic training.

Eve Tregonning, Executive Officer Guisborough and East Cleveland Sea and Marine Cadets explained what the trip will entail: “They will get a small taste of basic training and living closely with each other. But they will also have some fun trips out in Cornwall, the aim being for them to build stronger relations with each other – a vital part of military training,” she explained.

Accompanied by seven staff members the East Cleveland cadets will thus get a taste of life at sea as well as gaining an insight into general life in the navy and other armed forces. Most of the cadets are interested in a career in the military so this could prove to be a valuable learning experience for them as they sample its ethos and values.

Eve Tregonning went on: “This could be the start of a career for these youngsters so we are deeply grateful to ICL Boulby for financial assistance which means that we can take young people whose parents might find it difficult financially to fund the trip.”

Andrew Fulton, ICL Boulby Vice President said: “We have long supported this organisation because of the valuable role they play in making a positive contribution to the lives of these youngsters who may end up serving their country.”